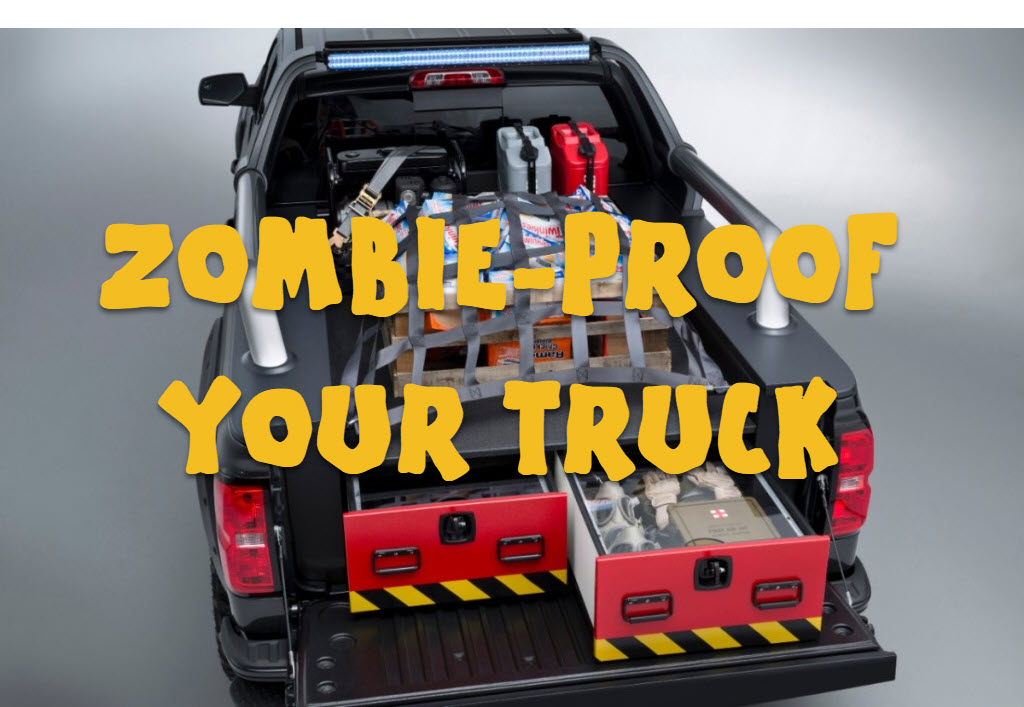 When civilization as we know it collapses and zombies roam the globe, you could take your prospects, throw your arms up and pretend to walk amongst them (Shaun of the Dead- method.)
However, let’s face it, after a certain point, you’ll be compelled to take up a well-balanced diet of liver, fava beans, and some nice Chianti.
No, the much better option is to prepare yourself, your stronghold, and have the most critical tactical advantage for the zombie apocalypse in a way that assures you’ll be invincible to the uncoordinated assaults of the undead. Here’s everything you’ll require.
Start with a qualified truck
When looting and mass chaos results, you could have your pick of swoon-worthy sports cars, but what good will a Ferrari do when the roads are clogged with swarms of mouth breathers? It would help if you had something that can operate off-road, off the grid
, and do it with sangfroid.
That means four-wheel drive and vital ground clearance (imagine the piles and piles of carcasses you will have to clear) like a Truck, Jeep, SUV (not a crossover), or even a full-sized van, provided it’s a 4×4. 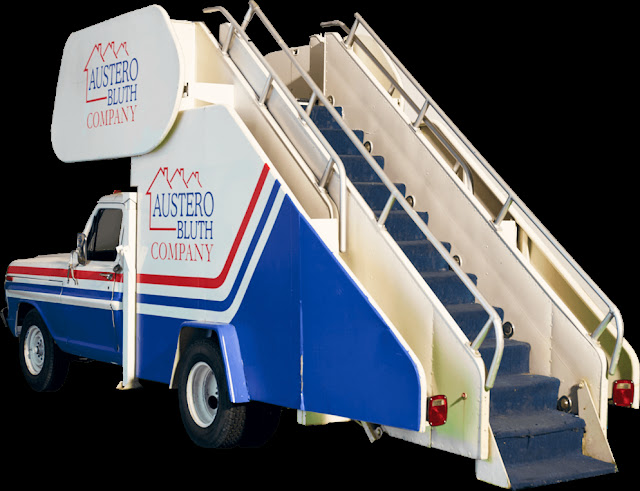 If you thought hop-ons were frightening on the Bluth Company stair truck, try dealing with decaying nonliving mutants in your truck bed. 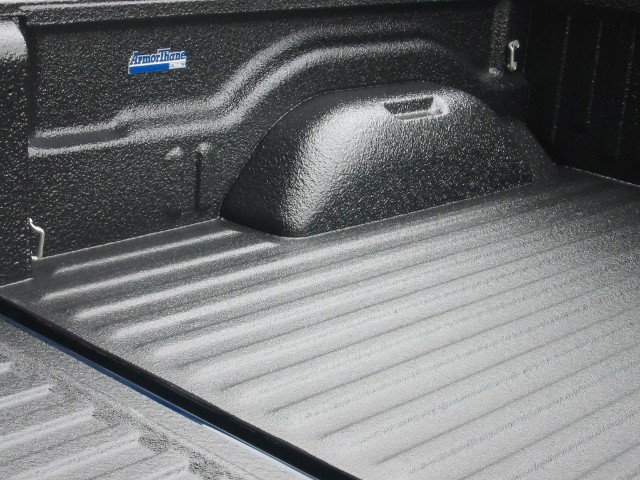 Which leads me to your next item that is a must. An ArmorThane bedliner! This is a must for many reasons, including that whole decaying nonliving mutant in your truck bed thing. With an ArmorThane bedliner, you will be able to hose out the back to clean it out. You will also have some fantastic grip for any weapons or tools you will need to take on your zombie hunting ventures.
Then, add a grille guard
Also known as cattle bars or bull bars, their fundamental purpose (before they became a trendy embarrassment for rhinestone cowboys) was to guard the front of your truck and radiator if you collided with a cow. In the apocalypse, there are no cows, because zombies ate them all. Zombies are the new cows. 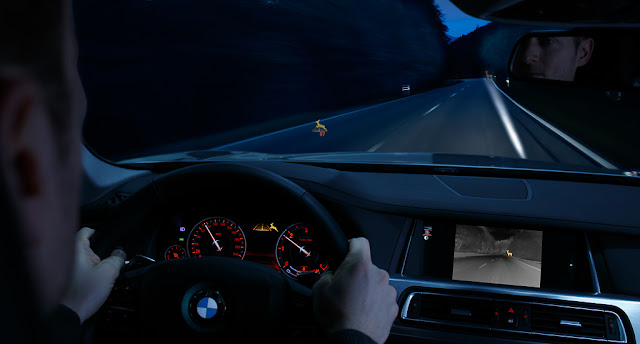 Hook up a night vision system
For years, several manufacturers have offered infrared cameras with in-dash displays so you can see objects in the darkness that you’d otherwise have no clue were there. When every second count and the absolute last thing you want is a surprise encounter with a zombie at point-blank range, an infrared system is a seriously worthy investment.

Install flamethrowers
The contraption you see here was initially invented as an anti-carjacking device for use in South Africa. A system like this isn’t precisely legal in the US, but in a zombie wasteland, we are willing to take our chances. Fire may not kill the undead, but it will keep ’em at bay long enough for you to make your exit. https://youtu.be/fDrzMGdYWZc
Use airless tires
Worst case scenario, you can use run-flats, but they’re not ideal for off-roading. What you want is a decent set of airless tires, like the Michelin Tweel shown here. They’re a cutting-edge technology that uses no air pressure whatsoever, so you’re not going to get a flat at an inconvenient time.
Invest in some quality bulletproof glass
Zombies aren’t going to shoot at you, because that would be silly, right? However, when you’re plowing through a particularly aggressive throng and rotting body parts are flying all over the place, you’ll take comfort knowing that nothing can bust through your
Hook up a zombie detection system
Companies like Mobileye (shown) provide high-tech arrangements that sound alerts when you’re about hit something you probably don’t see yet. It’s technically a “pedestrian” detection system that warns you to slam on the brakes. But the same principles apply when there’s a repugnant flesh mutant about to pop out and overwhelm you. Floor it and take that LAMEBRAIN out!
Prep your interior for mud, blood, and messes
If, in the course of events, you wind up with some repulsive blood and/or brain splatters on your interior, you’ll want to wash it with a hose instead of scrubbing with your bare paws and risking infection. Vinyl seat covers are moderately cheap and are designed for people who take their 4×4 toys off-roading to get the mud off quickly. Your truck bed should already be done from the previous step.
PrevPreviousPREPARE YOUR TRUCK FOR THE ZOMBIE APOCOLYPSE
NextWorld’s First Official Zombie Proof HomeNext 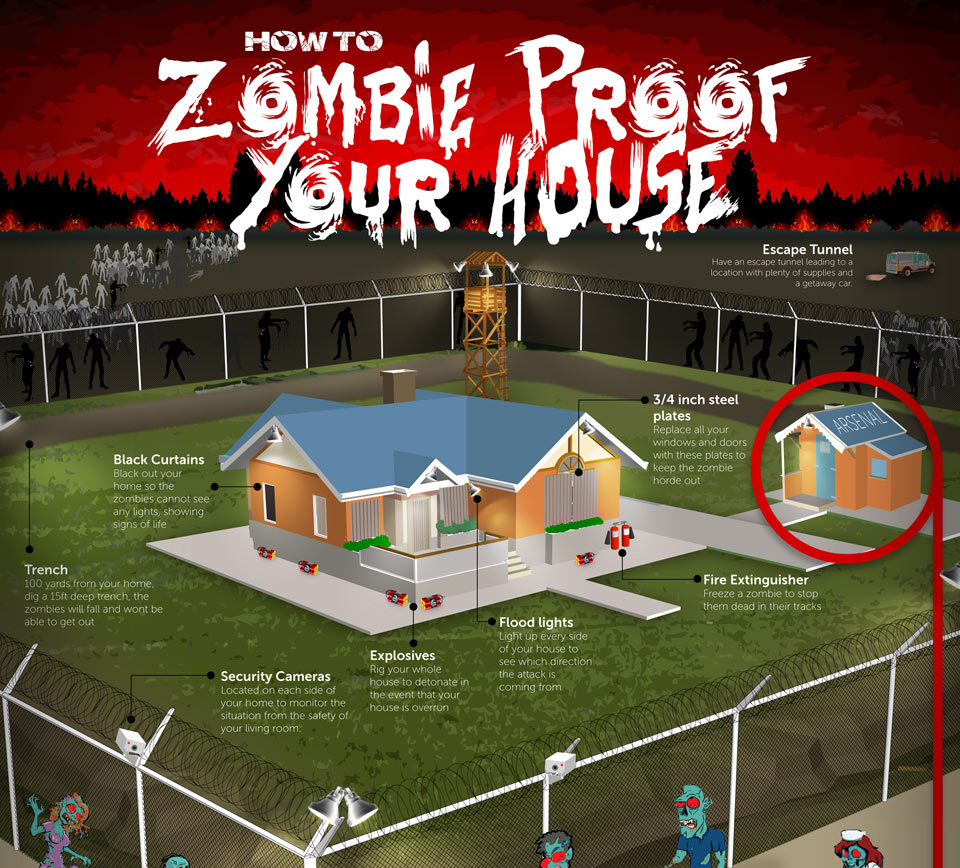 THESE ULTRA-SAFE HIDEOUTS ARE PRACTICALLY IMPENETRABLE Compass For many homeowners, security is a

Take a tour of this super luxurious billionaire bunker in Poland 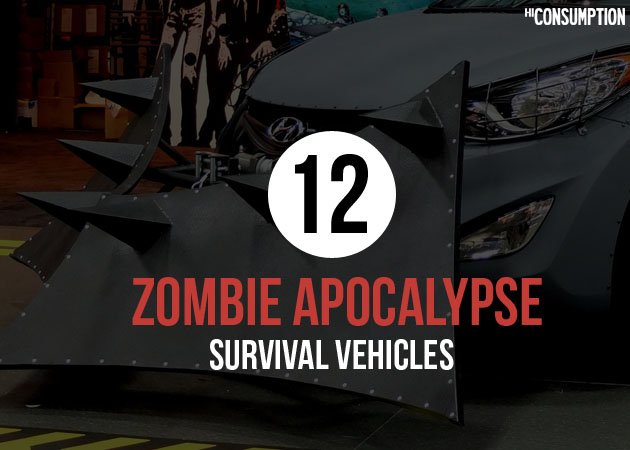